There is an extraordinary post today by sitting Denver school board member Jeanne Kaplan which should be required reading for anyone who still believes the DPS board has the possibility of rational agreement. Kaplan takes a Board decision with which she disagrees and pens a series of subjective moral judgements about the board majority who voted on the other side. She does not argue facts or substance, but instead attacks the intent and motivation of her colleagues. I’ve rarely read anything like it from a sitting elected official.

There is not much point in countering these claims; they totter on their own instability. However it’s worth reviewing some basic points that seem to be lost:

First is what will actually happen. Of all the decisions by DPS in the past few years, this one has far and away the biggest gap between rhetoric and impact. Indeed, from the vitriol around this vote, one would think children were about to be dismembered by feral and rabid wolves. But as a result of the Board vote, not a single child will be displaced or prevented from attending North High, and not a single teacher or administrator is losing their job. Not one.

END_OF_DOCUMENT_TOKEN_TO_BE_REPLACED

The mixed gift of time

That Colorado was one of several states that will increase the time students spend in school was considered big enough news to make the front page of the Denver Post; luckily a more reasoned look detailed that this program includes just nine schools: four in Boulder, two in both Denver and JeffCo, and one in Westminster. Not exactly front-page stuff.

I’ve written previously on the disadvantages from short school calendars both in the United States generally, and in Colorado.  But there is also a considerable error in many programs that look to increase the amount of time students spend in school.  For if time changes, and not much else does, the programs can be wasted.  Time just compounds the practice — if additional time is well spent, this can be well worth the costs. However if a school is doing poorly, that usually means that the current time is used badly and additional time just adds more waste.

END_OF_DOCUMENT_TOKEN_TO_BE_REPLACED

The Future of College 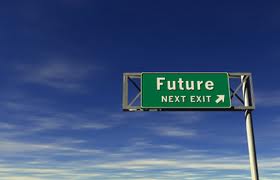 A remarkable essay in the New York Times on the rise of massive open online courses (MOOCs) and their impact on higher education.

What is particularly striking is less the insatiable appetite for this sort of offering (which has been clear since the Thrun course at Stanford attracted 160,000 students — or over 20 four-year cycles of Stanford’s entire undergraduate enrollment of about 7,000), but how quickly the MOOC industry is adapting.

For example, how do professors adjust given that they have no signals from their audience about how a lecture is progressing?

Feedback came quickly. When his first lecture went online, students wrote hundreds, then thousands, of comments and questions in online discussion forums — far too many for Professor Duneier to keep up with. But crowd-sourcing technology helped:  every student reading the forum could vote questions and comments up or down, allowing him to spot important topics and tailor his lectures to respond.

END_OF_DOCUMENT_TOKEN_TO_BE_REPLACED 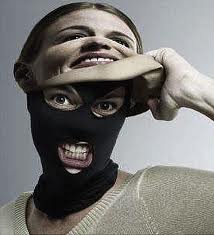 Coverage of education — like most of public policy — tends to gravitate towards big personalities. For a while there was the Michelle Rhee vs. Diane Ravich slugfest, or this summer’s grudge match of Rahm Emmanuel vs. Karen Lewis, which elevated the latter from a trivia question into a national figure (how many Chicagoans could have named the head of the CTU previously)?

But it’s important — on both sides — to separate the recognizable personality from the more faceless policy.  So it’s great to see a report from The New Teachers Project (TNTP) on the Washington DC evaluation and compensation plan known as IMPACT, now stripped from the personality of Michelle Rhee, so that the policy can be evaluated by itself.

TNTP focuses much of their attention on what they term “The Irreplaceables” (roughly the top quintile of teachers, and hat tip to Pixar).  As the report notes, no large urban district has undergone as much extensive change to teacher evaluation and compensation as have the public schools in Washington DC. To quote from the TNTP website:

END_OF_DOCUMENT_TOKEN_TO_BE_REPLACED 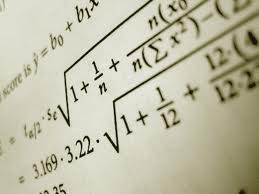 In my opinion, the biggest unheralded winner in yesterday’s election was Thomas Bayes. Now Bayes died back in 1761, but his influence lives on in Bayes’ Theorem, which is one of the tentpoles of modern statistics and probability.  His modern incarnation is Nate Silver, proprietor of the 538 blog, which devised an aggregated polling and economic model to predict elections, and called 49 of 50 states correctly four years ago, and is on target to get all 50 right this year. Silver’s statistical approach has drawn many detractors, but to paraphrase MLK, the numeric arc of elections is long, but it bends toward probability theory.

For the last few weeks, the noise around the election became louder and louder, at the same time the signal on 538 became more and more clear.  The long march of history is that data and signal triumph over noise, and by the early hours of the evening, it got pretty quiet. Silver pretty much nailed this one too.

There are few specific education items in this election worth much comment, but there is a lesson here, and it is a simple one: Signal Defeats Noise.  This is poignant for education, as many debates are still dominated by the noise of a vocal and shrill minority, a discordant clamor which captures the attention of far too many legislators.  Education still, and almost uniquely among major topics, has fact and data buried by noise.

END_OF_DOCUMENT_TOKEN_TO_BE_REPLACED

Tuition subsidies: A difference of degrees 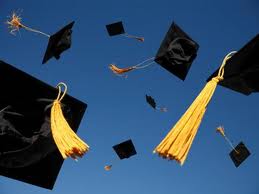 States subsidize college for many of their residents.  Generally this has been perceived as a good trade-off: a state (and its taxpayers) benefit in a variety of ways by having a more educated populace and workforce. But with budgets under duress and an overall squeeze in higher education, Florida is asking an interesting question: should the state subsidize all college degrees to the same extent?

A task force created by the Governor believes they should not, and thinks that some degrees from state universities should be more expensive for their recipients than others. As this article put it:

Tuition would be lower for students pursuing degrees most needed for Florida’s job market, including ones in science, technology, engineering and math, collectively known as the STEM fields. […]  students in fields such as psychology, political science, anthropology, and performing arts could pay more because they have fewer job prospects in the state.

END_OF_DOCUMENT_TOKEN_TO_BE_REPLACED 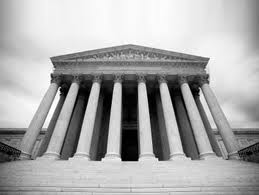 An interesting and persuasive essay on affirmative action from the New York Times’s David Leonhardt makes an important point.  The guiding principle behind affirmative action was fairness. However, in applying the principle of fairness, affirmative action programs simply filtered candidates by race — and failed to recognize any other criteria of disadvantage. Without adapting as society and culture evolve, it’s not clear that these programs are now still designed to meet their initial noble goals of ensuring equity — particularly in school admissions.

When affirmative action programs were first started, a filter of race made some sense: opportunities for minorities were few and far between, race was an obvious (and visible) quality, and other metrics of disadvantage were hard to come by and rarely scientific. But fast-forward a quarter-century, and in the current affirmative action case before the Supreme Court, much has changed:

With the courtroom overflowing, filled with people who have spent their careers fighting for or against affirmative action, only one side talked about fairness. And it was not the side defending affirmative action.